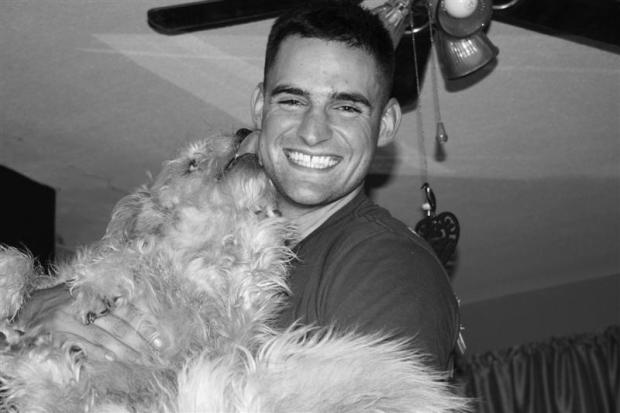 To say that a lot has taken place since his death may be an understatement…a lot has happened…and today I want to acknowledge some personal truths that I have learned and, most importantly, celebrate Michael’s journey.

It’s easy when you lose someone you love (in whatever manner) to use that loss as a reason to stop living…and for much time I used his death as an excuse to drown in my grief, to not tell the people I love the most that I loved them, to not pursue the dreams I held in the deepest parts of my being…but I needed to….

10 years later, I know with all my heart and being that I am not wasting this oxygen and carbon dioxide. Not one ounce of me (because admittedly, for 9 years a few ounces leaked out and I wanted to punch the universe for taking away something so special) wastes that inhale and exhale.

10 years later, I feel Michael in all that is good in the world and in my life.

I’ve known him longer dead then I have alive…yeah…that’s crazy shit right there….but I can tell you that memory lasts longer that any everlasting battery…and in his 22 years I had the “essential oil” of an extraordinary man…not diluted by so much of the pains and angst our world bears. And that “essential oil” of love for me and his family, for life, for the Army…has been an essence I’ve strived to diffuse in the world around me….and I see its beautiful effects every moment.

I can say that I am happier than I ever have been….and I know that I never thought I would be able to say this, but..I would go through this journey a million times over if it meant that I would live/experience/have the life I have now…and I don’t say that lightly.

In my 6 years of life with Michael he taught me many things….with the most important being that love conquers all….but even more so….that it can be fuel to live the most extraordinary life…no matter what circumstances you face.

He didn’t just teach me that…..but I chose/choose to live it….and it has made all the difference in my 31 years on this planet.

May 21st is a day that I celebrate the life of the man that chose a path that I stand behind and a man that showed all a love that all that knew him can ever lose.

-per tenebras lucem quaero- through darkness I seek the light-